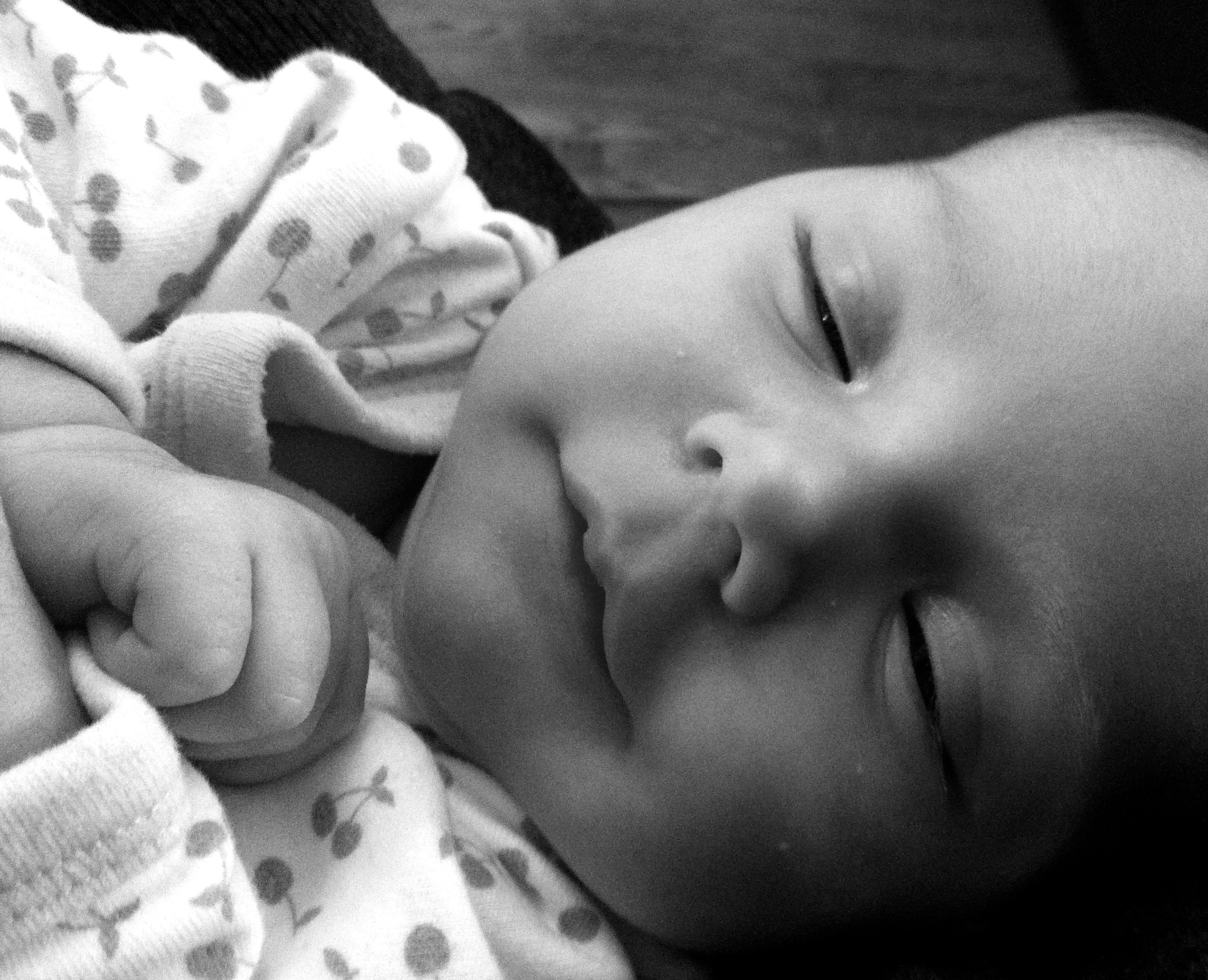 They come crying into the world, little and helpless. Human babies are amongst the most helpless newborns of all animals living, unable even to lift up their own heads, relying on their parents for all the basic necessities of life. The newborn period is often terrifying to newly-hatched parents, most of whom, these days, have little experience with the neonate. You mean, we gasp, we are expected to keep this little being alive all by ourselves? Are you sure we don’t require any further supervision?

Luckily, though, the small ones have their own ways of surviving. With a wave of their tiny baby wands, they put us under their spell. They enchant us with the fragrance of delicious baby, their wee fingers and toes, and their sleepy-dreamy faces, so that we adore them unabashedly and find their every move charming. We quickly learn the ins and outs of newborn-care, which isn’t so complicated after all. We snuggle up and hold them, and watch their expressions as they doze, and observe them processing and processing some more. Soon the eyes begin to focus, and the head isn’t quite so alarmingly floppy on its neck. We think we detect a smile, playing around the corners of their mouths. But this business of growing is still rather exhausting, and they spend a large portion of their time eating, sleeping and eliminating.

Before we know it, the busy days of the 4th trimester have flown past and baby is now an infant, embarking on the long journey to becoming a fully-realized little person.

Which is how I find myself suddenly and swiftly here, with a 17-month-old, musing on the amazing process that begins prior to birth and continues throughout childhood, the incredible period of brain development that occurs in all humans to make us who we are. The years of baby-brain neurons firing and wiring, and adding more and more layers to our memories, knowledge and ability.

In baby’s first year, the accomplishments are many. Holding up that heavy head. Rolling and kicking, to sitting up and grasping toys. Smiling and laughing, mouthing objects, listening to music, clapping. Eating. Eating is a whole crazy thing. Growing teeth! And hair! (Well. Sometimes.) Cooing and then babbling. Nodding yes and shaking head no, using baby sign to indicate wants, and graduating to first words. Crawling, standing, and taking those first tentative steps. Waving hello and goodbye.  Using a cup and spoon. In addition to all those things are the other very cultural-specific achievements; high-fiving or fist-bumping or even (yes, guilty!) swiping images on an iPhone.

The toddler stage, as any parent can tell you, is wonderful, challenging and sweet.

Wonderful because my newborn blob is now motoring around the house under her own steam, exploring and discovering.

Challenging because my little one wants to assert some new-found independence, and does so with high-pitched screams of NO and wails of frustration. (As yesterday when I wouldn’t let her eat some week-old Veggie Straw bits that she found at the bottom of a friend’s toy box.)

Of course, sweet needs no explanation. Sweet because I’ll now come upon her, playing intently and humming a little song to herself, and just watch her for a few minutes, awed and in love. Sweet because she runs to the door shrieking, “Dada!!” when Craig comes home from work. Sweet because one of her favourite things to do is feed her beloved Dolly pretend oatmeal.

Knowing that she is my last baby, I find myself wishing that that I could just put us on pause for a couple of weeks and catch my breath. Time is hurtling past me and Lark makes tremendous leaps on a daily basis. Being a second child, I haven’t worried myself much about the dreaded baby milestones. Actually, I’ve been fairly serene, secure in the knowledge that she’ll get there eventually, as most of them do. She didn’t start walking fully until 14-15 months, but once on her feet she didn’t look back, rather she began dancing almost immediately.

Every baby has their own idiosyncrasies, habits, likes and dislikes. Lark’s are vastly entertaining and naturally, extremely cute.

She’s a chatty baby, which makes life easier because she’s so good at telling me what she wants. I haven’t bothered to count her words, as her word-list morphs day by day, but she’s got dozens. Granted, some of her words you’d be hard put to work out if you didn’t know the context. She swaps out her hard c sounds for t’s, so somewhere along the way her word for coffee has become “totta.” Is it telling that one of my babe’s first words is for mum’s cherished caffeinated beverage? And that she has known how to press the button on the espresso machine for months now? Other difficult-to-decipher phrases include: tow for couch, na for snack, and no for both no and nose.

Then, of course, she has words of her own coining that no stranger could figure out. For reasons she’s not sharing, breastmilk is called “yow.” Yow is called for with every bump and every time a bedtime-stalling tactic is required. Mummy, yow? she says plaintively. If I ignore her or put her off, the yow demands increase in both volume and frequency, until I cave.

Babies in our culture have an awful lot to wrap their heads around when it comes to technology. Lark is obsessed with the phone, which she calls “hellwo.” She already knows how to use FaceTime and doesn’t find it strange that her auntie and cousin are talking to her through this mysterious device. She knows how a remote-control works, can use the above-mentioned espresso machine and is fascinated by our iPad, though she’s rarely been permitted to touch it.

The amazing thing is that the next year and a half will also be a period of intense, explosive growth. My little toddler will soon become my preschool child, developing more personality and independence every day, talking in full sentences and creating friendships of her own.

The next 6 months is a very critical period for children with Lark’s genetic mutation. Children who develop brain tumours after the age of 2 have a much, much greater chance of survival. Also, after the age of 2, the likelihood of developing a tumour at all goes down drastically. Because of this we are holding our breath and praying that the beast passes us by.