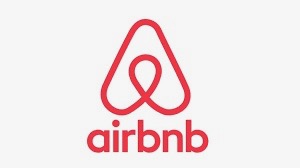 Last year, whilst floundering in the wake of a giant home-reno project that had gone completely off the rails – if you’ll excuse my mixed metaphors – I made the decision to Airbnb the new guest space in our basement.

Like so many home-owners world-wide, I wanted to tap into the lucrative short-term rental market and try to recoup some of the mountains of money that had disappeared into thin air, along with our contractor and his promises.

Overall, the Airbnb thing has been a success. I put up my listing one evening last July, and woke, with glee, to see three new bookings pop up in the morning.

It’s easy to manage the bookings and communication with guests, which only totals about 10 or 20 minutes of my time a day. I also do the cleaning and turnover myself, although, six months in, I’m already tiring of the endless changing of linens.

Early on, though, I learned that you can’t be squeamish if you want to be an innkeeper. You have to steel yourself for what you might find when you open the door to your space after a guest has stayed.

The absolute majority of my guests have left the place tidy and undamaged. The exception was one couple who ripped a folding table from where it was mounted on the wall, and another guest, I’m not sure who, who managed to pull all the towel rails and hooks loose, almost as though he was using them to rappel across the bathroom floor.

It is disheartening to discover things that are gross, like nail-clippings in the sink and excessive amounts of hair, of both the head and body variety, but those things I can mostly handle, even if I feel rather like a forensic scientist trying to piece together what happened at the scene of the crime. That is, if a forensic detective quickly vacuumed up all the DNA samples, saying Ew, ew, ew, to herself, rather than collecting them for further study.

A neighbourhood friend, who has also entered the Airbnb biz, shared with me recently that she opened the door of her rented apartment to discover empty booze bottles, strewn condom wrappers, and one sordid black stocking draped across the bed. It doesn’t take a forensic scientist to figure out what happened there.

It’s one thing to suspect that guests are having a raunchy weekend in your house, it’s another thing to know it with absolute certainty. I refer you to my above comment about squeamishness. You have to be okay with the fact that guests may be doing that in your house, and yeah, potentially that as well.

I’ve yet to find sexy stockings lurking about the place, but here are some of the items that guests have left behind: 1 pair of men’s pants, 1 set of daggy women’s PJs, 1 pair of men’s undies, 5 lemons, 1 anti-depressant pill, a packet of cookies and several cans of beer. I kept the cookies. Okay, and the beer, too.

At this point, I’ve accepted, with equanimity I hope, that there are certain mysteries that will never be solved to my satisfaction. My secret emergency stash of Chicago Mix vanished, never to be seen – or heard from, obviously – again. Who was responsible for that?? I have my suspicions, but without hard evidence, I can’t point the finger in the form of a negative review. I can give them only four stars instead of a glowing five.

This is not an admission of guilt, though.

2 Replies to “Tales of an Innkeeper”