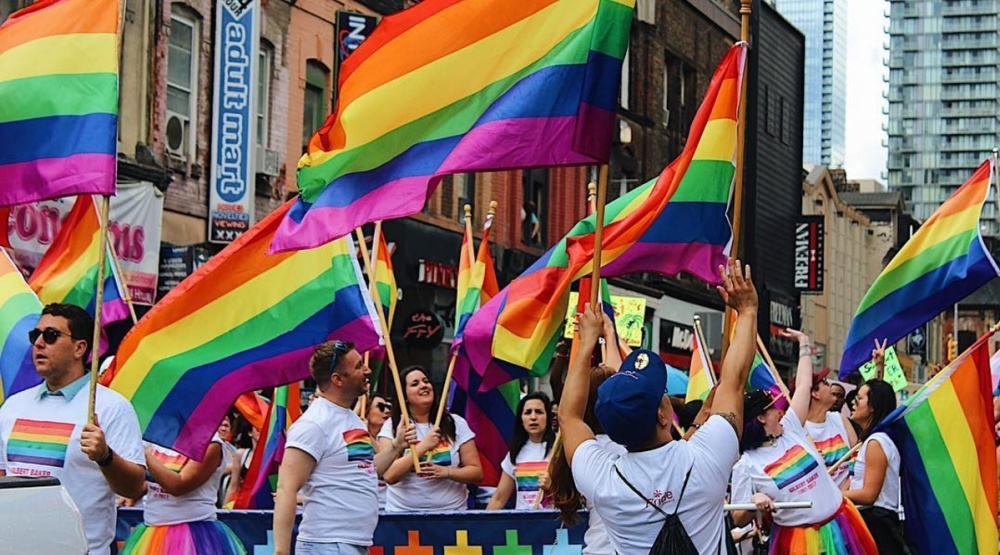 Our story begins, long ago, on a train platform. It is dark and chilly, because it is just before dawn, on a fall morning in 1998. This train station is in eastern Germany, and there are three people there waiting for a train to take them to Prague.

Two of those people are me and the good friend I was travelling with.

The other person was an American guy. I’ll call him Joe. Joe asked us if he was on the correct platform to catch the train to Prague. In my memory, he is wearing a cowboy hat, but it’s possible this is a mental embellishment. Once we realized we were heading in the same direction, we fell in together as young travellers so often do, and my friend and I joined forces with him and eventually the group of friends he was heading to meet. Adventures ensued, but those are not what this story is about.

Train rides give you long, meandering hours to talk with people, and as we rattled along on that post-communist beast that lurched from side to side, we three talked of many things. Where we were from, who we were, where we were going. We were all from North America, we spoke the same language, and we were the same age. We had common ground, and later, we also had red wine, so the conversation flowed.

As the day went on, I began to understand though, that our world view was worlds apart. He mentioned in passing that he was Christian, which meant that he went to church, asked himself what Jesus would do, and would not say “Goddamnit” in polite company. He was, overall, what many would call a “good kid.” He was friendly and open in that American way that other nationalities mock, but are secretly jealous of. He’d probably been raised by good people in a middle-class American household. Like so many the world over, perhaps like all of us, he’d been raised with Christian beliefs and had never been taught to question those beliefs. They just were.

For me, religion was undefined, I had attended church as a dutiful child but stopped going many years before.  I did say Goddamnit and Jesus Christ and worse. I, too, was a good kid, struggling to be better. But I’d also grown up in Toronto, and as anyone who’s spent any time here knows, Toronto is a liberal place. It’s a city where the cultures of the world live side by side and try to get along. A city where we are free to vote as we like, dress as we like, and marry whom we like. It’s a city that is covered in rainbows just now to celebrate Pride Month.

In the course of this hours-long meandering chat, James said something that disturbed me and has stuck with me for all of these many years.

He told us that he didn’t know anyone who was gay. I remember smiling and saying that most likely, he just didn’t know that someone in his circle was gay yet. He insisted that this was so, and then added that, in any case, if one of his friends or family came out to him, he would have to stop speaking to him. Forever. My friend and I were incredulous. What do you mean, even if it was your best friend, or your brother, you would stop speaking to him, really never talk to him again?

Yes, he said simply, without a trace of remorse. He explained that according to his faith, homosexuality is “wrong” and everyone knows that. So it was a given in his world, if someone came out, they would be shunned and that would be it.

Jesus Christ and Goddammit I thought to myself.

We spent some time talking in circles, my friend and I trying to convince our new buddy that his views were intolerant and bigoted. She and I fancied ourselves as open-minded arty types, so very liberal, yes? CERTAINLY we could talk him round to our way of thinking with a few incisive arguments.

In the Toronto world we lived in, any declared religion was viewed with skepticism at best. In our circle of friends and acquaintances, poeple were freely experimenting with sexuality – some were coming out, some were not. Some were on the fence and others were refusing labels altogether. In other words, there was a great spectrum of behaviour around sex and attraction that was deemed normal. While definitely not perfect, Toronto was a safe space for many to be authentic and live without fear of being victimized.

Ultimately, we couldn’t convince Joe. Some things are so deeply engrained, that it takes more than a couple of hours of idle chit-chat to chisel them away.

The train pulled into Prague. And when we parted, we were friendly, but not friends.

This conversation happened over 20 years ago, but it has stuck, because that was one of the first times that I remember meeting someone who so openly expressed homophobia and defended his position.

I thought that the world has moved on since then. But has it?

It’s been awhile since the grand chapiteau came to town. Thank you #cirquedusoleil for an incredible evening. You never disappoint! #kurios ...

Spirit Day at school and they had to channel a favourite decade. Of course we went 80s! And listened to #girlsjustwannahavefun on the way to school. #80sforever ...

The Spring Run-Off in High Park was back in action today. Super proud of this kid for running with me in his first 5k! He pulled away from me on the hill and I couldn’t keep up. 😊 It took a few chilly winter runs to get here but we did it! #springrunoff #highpark #killthehill ...

Seeing this today just filled me with joy. #harryputter #badpuns ...

Still operating on BC time and full of gratitude for a very snowy ski adventure at #bigwhiteskiresort Family and fun times. @duncanspencer @laurenhessedesign @deborahspencer333 ...

Mountain dreaming today. Amazing to have something to look forward to. See you soon, BC @duncanspencer #bigwhiteskiresort #cannotwait ...