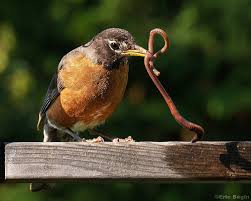 The early bird gets the worm – Time-honoured cliché

I am not an early bird. For the majority of my life, I’ve most definitely been in the night owl camp. People who claim to love the mornings have always filled me with vague suspicion. Surely they don’t naturally spring out of bed in the morning, full of zip, like that guy from Jerry Maguire? Aren’t their duvets snuggly and comfortable? Don’t they have alarm clocks which somehow fail to go off or mysteriously get snoozed?

Anyway, night owls are more fun, right? What would the party be like without us! Everyone would go home at 9:00 to get their precious beauty sleep and there would be no epic things happening at 2:00 am.

Except that, amazingly, this owl seems to be moulting or something. My new feathers poking through are positively robin-like. For the last year, I’ve been getting up earlier and earlier, until suddenly being up at 6:00 doesn’t seem like such an incredible stretch. I admit that I haven’t had too much choice in the matter, as my daughter, the aptly-nicknamed Lark, is ready to rock at 5:30 a.m. every single day. Some mornings, I’ve been sitting downstairs with her at 4:45, cradling a coffee, playing toys and waiting for the sun to come up. Other days, we get a bit of a reprieve and she slumbers until 6:00, which now seems like a sinful hour to sleep in to.

This is old hat for the husband. He’s always been pretty bouncy in the mornings. In fact, if memory serves me correctly, he used to bound in and yank the covers off of me in an effort to rouse me out of bed. (Partners, take note. Don’t do this.) He learned to let sleeping bears lie in time, but a couple of years back, began to set his alarm for 5ish in order to make it the gym three times a week at opening. Apparently, there are even other people there. His rationale was that this was probably the best time of day for him to fit in exercise, assuming that I would appreciate his presence during dinner and at bedtime. Which is true. Gym visits at 5:30 a.m. don’t really effect me if I’m still sleeping. I think he enjoys having the house to himself for a couple of hours, before his family wakes up and starts annoying him.

Recently, though, when he’s disappeared to the gym at the crack of black, I’ve been up anyway, as it’s pretty hard to ignore the tenacious, metronome-call emanating from my daughter’s bedroom:

So whether I liked it or not, I was awake. But sitting around in my jammies in a sleep-deprived stupour could hardly be called getting the worm. On non-gym days, I could sleep in and Craig would get up with Lark. Until she suddenly began to insist that I be the one to get up with her every single day. If Craig tries to take her downstairs without me, she shrieks like a wild thing and yells at the top of her little lungs, “No, Mummy take it. No Daddy! No Daddy downstairs. Mummy take it!” Over and over and over until I’m fully in the land of the conscious and also have to grudgingly stumble down the steps.

Then, back at the beginning of June, I started this 28-day program with a local trainer by the name of Oonagh Duncan. It was mostly an effort to stop fuelling myself with copious amounts of caffeine and sugar, maybe shed a couple of pounds and see where it took me. Exercise was part of the equation, but for some reason I didn’t think about the reality of actually exercising for the first time in a few years. Suddenly, I had a directive to exercise 3 times a week. The workouts were sent to me to do at home with helpful instructional videos attached. As it turns out, I like extrinsic motivation, because I had to report back to Oonagh about how I’d done on each day, and didn’t want to be negligent about my homework. God, I love a gold star.

I quickly realized though, that putting exercise off to the evening was not going to work in any way. The dinner/bedtime routine is a veritable gong show at our house just now. The kids are never both in bed before 9:00. Who wants to lace up their gym shoes and get their sweat on after 9:00 pm? Not me.

I had to find some time in the day to get those workouts in. Hmmm – but when? It finally dawned on me  that the only time I had in the day was in the early morning. I was just loafing around. Theoretically, my husband could even keep my daughter away from me for the 20-45 minutes I need to get ‘er done. (That hasn’t happened) Presently, I found myself doing (my own special version of) burpees in the living room at 6:00.

The morning thing is a bit of a revelation to me. You know how you feel when you’re jetlagged, and you keep waking up super-early and feeling totally rested, and you think, Oh, I’ll just do this for the rest of my life, this is so easy. Eventually, your body adjusts and mornings start to feel onerous again. I’ve got that morning-energy-feeling most of the time now. I am now one of those ultra-productive members of society who makes everyone else sick talking about how serene their sunrise run was down by the lake today.

The only difficult piece here is that I still need to kick some of my more owlish tendencies. If I’m getting up at 5:30, I’d better be in bed by 10:00. However, those episodes of Orange is the New Black aren’t going to watch themselves. Many nights, the clock abruptly says 11:30 and I rush to bed in a panic, suddenly realizing that I’m exhausted and leaving myself sleep-stinted.

It’s a work in progress. I never thought this would be me. Neither did Craig, for that matter. Will it last? When the dark days of winter are upon us, will this early-birdy’s worm still feel so satisfying? Remind me of this post in December.