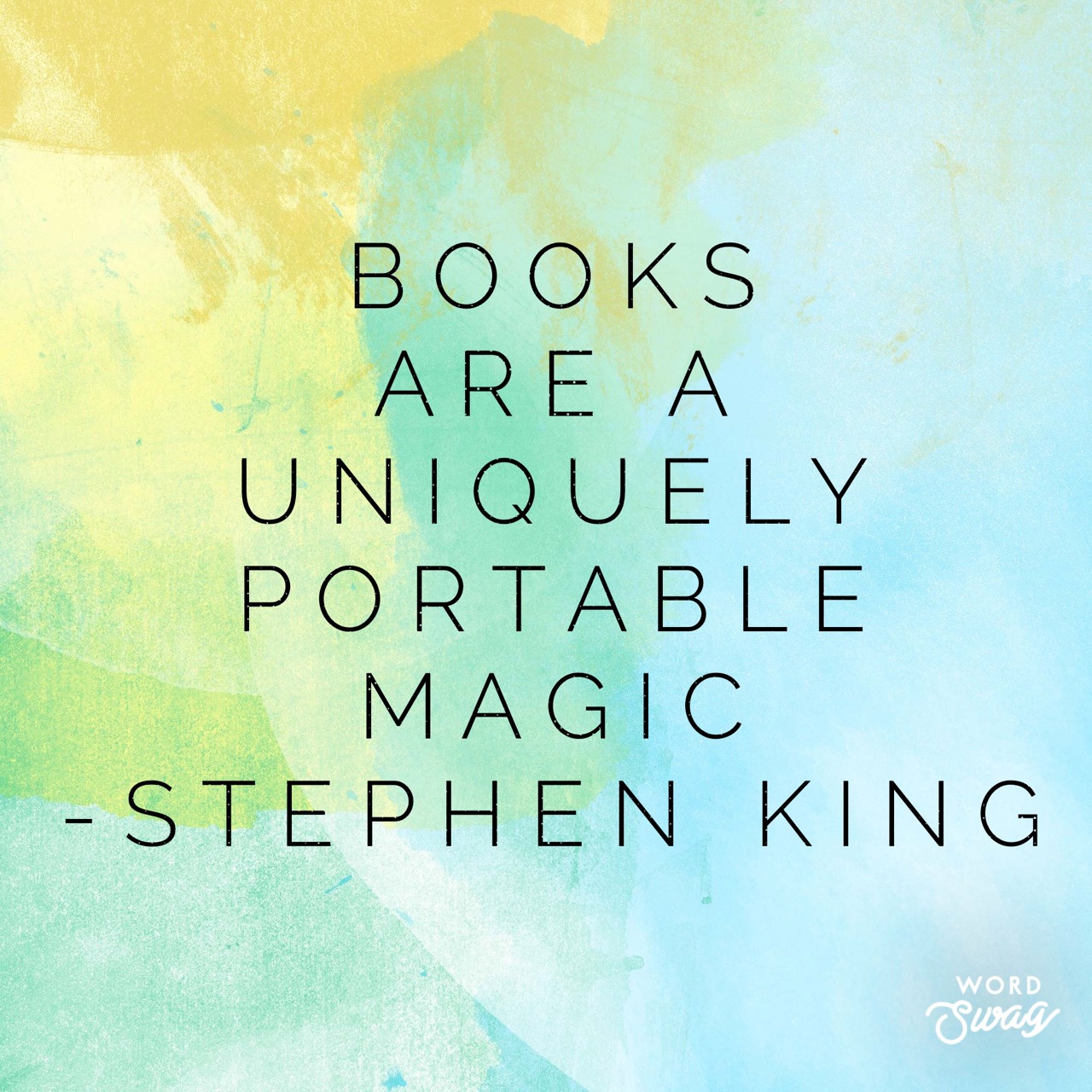 On a Saturday not long ago, we had no plans, and no place to go, as is mostly the case during our pandemic life.

My petite Lark was bored and complaining that she had nothing to do, although she owns all the toys and art supplies in the universe.

I suggested that we all grab a book and have a “family reading session” in the living room for half an hour. Admittedly, I expected her to scoff at this suggestion as she had the other 1,000 ideas I’d offered up, but she agreed.

For 30, blissful, quiet minutes, we sat together but apart, each person reading a book of our own choosing.

END_OF_DOCUMENT_TOKEN_TO_BE_REPLACED

My house is so, so quiet.

For the first time in an age, I’m alone in a house filled with silence. Well, almost alone. My husband is “at work” upstairs. Employing quotes implies that he isn’t actually working. He is.

I cannot hear My Little Pony playing on the TV downstairs. I cannot hear my son humming repetitively under his breath while he concentrates on something. I cannot hear the sound of my daughter’s foghorn flute voice asking me for a cup of water/a snack/a show/another snack/help/a sweater/clean socks/a cookie/screentime/playtime.

END_OF_DOCUMENT_TOKEN_TO_BE_REPLACED

There are a lot of posts and memes going around right now about how much we Gen Xers are showing quarantine/social distancing who’s boss. At the risk of sounding like a crotchety member of the older generation, it’s true. In our day we had to play with pet rocks for chrissakes!

Sometimes it feels like the kids of today have it all.

And by all, I mean things like devices that cost hundreds of dollars and provide endless hours of fun and excitement. When I was a kid, it was mind-boggling to have, like, Atari. (We never had Atari.) Even a game as low-budget as a Wonderful Waterful was pretty entertaining. (And honestly, I don’t know if we actually had one of those either.)

Back in the heyday of the 80s, when you went over to a friend’s house, you played outside in the backyard. Completely unsupervised of course. My brother and his friend used to light GI Joes on fire using cans of Lysol spray to incinerate them.

END_OF_DOCUMENT_TOKEN_TO_BE_REPLACED

A few years back, I promised my son that we would get a cat, because, “everyone else” had a pet, except for us.

And then, no further action was taken. Together, the Bean and I often looked at cat profiles on rescue sites, and wondered if Fluffysocks or Martin were the cats for us. Despite saying that we would get a cat, I couldn’t take action on it, because, frankly, I just couldn’t imagine another thing that needed ME to keep it fed and alive.

On occasion, someone would ask us if we owned a pet, and my son would answer with eternal optimism, “No, but we’re getting a cat soon.” And I would feel guilty and write the item “Get Cat” on my current To-Do List.

Then in November, I spotted a litter of kittens that needed homes on a local rescue site. I sent an email, and within a couple of hours was on the phone with the woman who was fostering the cats. She told me she had named all of the kittens after chocolate bars.

And that’s how Snickers and Mr. Big entered our lives.

Snickers is a snuggly, black-and-white tuxedo. Mr. Big is the ginger with the personality to match. These brothers have kept us on our toes since the day they arrived, providing endless amusement with their shenanigans.

Okay, there have been some stressful moments, as when I caught Big playing with a button battery, and when I found myself Googling “plants toxic to cats.” And discovered that most of our plants are indeed, toxic to cats.

Despite the extra work and the demise of my leather furniture, these kitties have brought some much-needed fun and cuteness into the house, at a time that we were beginning to feel that things couldn’t get much worse.

Yes, I’m now a crazy cat-lady who shows pictures of my kittens to random people on the street. If you want to see more pics, these tech-savvy dudes have started their own Instagram account.

I had a concussion once, as a small child.

At that time, we lived on a dead-end street, in a small town in New York. The kids of Concord Avenue all played together, that last generation of 70s and 80s kids who got to do stuff without constant adult supervision.

We meandered through secret backyard paths and built forts amongst rhododendron bushes. We knew the names of the neighbourhood dogs: Sugarfoot, Snowball. We went to the playground at the end of our street, alone, the littler ones supervised by the not-much-older ones.

One day, someone had the brilliant idea to attach a metal wagon to the back of a bike with a length of rope, and take turns pulling each other in it.

I remember sitting in the back of the wagon, probably the smallest child there, as one of the older kids, Alex, pedalled like a spin-class junkie, with me yelling “Faster!” while the wagon fish-tailed. I remember gripping the metal sides of the red wagon, and then the moment of horrified anticipation as the left-side wheels tipped up once, then twice, then completely, spilling me out headfirst onto the road.

The moment of impact is gone from memory, head hitting concrete and the left side of my body leaving layers of epidermis behind. I do remember the screams of the other kids, rushing off to my house to tell my mother. I’m sure my brother helped me hobble home, though I don’t remember that either.

I do remember sobbing as bits of road grit were washed away and bandages applied. I don’t remember vomiting or driving to the hospital, but those things happened.

I do remember being in emerg. Alarming images float up, of staff wrestling a man, wild and flailing, whom I learned a long time later was drunk, according to my mother.

There is the face of a brisk nurse who made me cry by briskly ripping of all of my Band-Aids, as my mother protested.

And lastly, I remember the reflection of my small face in some kind of mirror above me as I lay still to have my head X-rayed. There were no long-term consequences of that accident. It became one of my childhood stories, an amusing one. Kids, you know!

Last Monday I found myself in the ER with my Lark. The day had dawned grim for me, a day in which I couldn’t shift my mood from cranky to light.

I made plans to meet friends at one of our local parks. Lark and I were on our own, with the other half of our family 15,000 km away in Australia.

We’ll get out of the house, I thought. The day will get better.

But, when the time came to go, Lark, who is mostly pretty agreeable, suddenly refused to agree. With an epic stubbornness, she flatly refused to come to the park. She didn’t want to go to that park, she only wanted to go to a different park, one that I don’t enjoy much. (I once wrote about how disappointing this particular park was to me when renovated, here.)

I cajoled, bribed, and threatened, but she wouldn’t budge. So, with me in a bit of a sulk, we set off for her parkette of choice, and I texted our friends that we weren’t coming.

As soon as we got there, Lark immediately began climbing around on top of the climbing structure. This is something that all of the older kids do there, because this newer piece of playground equipment was designed to be “safe” and therefore is only two feet from the ground.

Please come down from up there, I said sternly. Not once, not twice, but several times.

Now, over the years, I have flown my parenting helicopter with extreme precision. I’ve been ready to swoop in and rescue. I don’t say this because I’m proud of it, it’s just a fact that I’ve had a very hard time watching my oldest, Bean, get hurt, because he has already suffered enough. So I’ve been watchful, ready, on high-alert.

That day though, my helicopter crashed. I was tired and in a bad mood and irritated that Lark wouldn’t stop clambering around where she wasn’t supposed to be.

As I stood only a foot away from her, I watched her climb up, lose her balance, catch at something on the way down, and then slam down on her face on the steps of the climber.

Horrified, I scooped her up while she wailed. Bruises appeared on her temple.

A mum friend from the area was nearby to help. She had an ice pack and relevant head-injury advice. I mumbled that I wished I’d been just a step closer to catch her. She said something along the lines of, If you were always there to catch her, she would never learn the consequences of her actions.

That is truth, right there. Although, it can be so hard to watch our children make mistakes, and be injured.

If I hadn’t fallen out of the wagon, I wouldn’t have learned that it’s probably not a good idea to ride in a vehicle attached to a bike by a bit of rope.

Lark has now learned that you shouldn’t climb on top of things that you have neither a firm grip on nor sturdy footing below.

She stopped crying and I carried her home. On the couch, she fell asleep and was difficult to wake. She woke and barfed. So, with a big sigh, we headed off to Sick Kids. We stayed in emerg. for about 6 hours. Doctors looked at her, we talked about imaging. She threw up again. She slept again.

And then she woke up. She picked up her markers and began colouring and making demands for food. She ate many snacks and chatted with a volunteer who I flagged down to help. She got out of bed and literally skipped down the hall. So we went home, and that’s the end of the story.

When this kid has had “go horse-riding” on his summer bucket list for literally YEARS but somehow it never happened until yesterday. One very happy 12 year old! #muskokalife #campcrossroads #greatdayforatrailride ...

My firecracker used two weeks at the cottage wisely. ❤️🏊‍♀️No swim lessons for 1.5 years has taken its toll - really hoping that we see fall programming resume this year! #lakemuskoka #cottagetime ...

When your partner isn’t on social media but you still have to post pics of the birthday picnic 🧺 you organized because you’re impressed with yourself. The little one was in tears because her brother drank the rest of the mango juice and she had to have 🍎. The injustice! She was consoled with gravlax and smoked char from @delamerto And other delights from @sunnysideprovisions ...

I love a mini-break. Especially in these times of few getaways and only tidbits of fun. Lots happening these past few days celebrating Father’s Day, summer solstice and an 11th survivorship anniversary. And of course wishing Pop @raymondpardey a happiest of birthdays from afar!
The stars aligned for me to book this #otentik at #pointpeleenationalpark - finally got there and this lush bird haven didn’t disappoint. Wind, walks, wild waves and obligatory photos on #thetip the southernmost point of Canada!!
#pointpelee #glampingitup ...